Food and Media for Community Economies

The goal of this project is to showcase student-run food groups and independent media at ‘Beyond capitalism: Toward economic self-determination of communities’, a gathering of activist scholars, people active in alternative economic initiatives and folks who believe that a post-capitalist world is possible. Why is this event happening? To figure out how our alternative economic initiatives contribute to post-capitalist presents and futures. To share knowledge and skills. To get to know each other and consolidate our networks. To feed a participatory action-research project of community economies in the making.

The vibrant community economy at Concordia will be producing the event, from the childcare, to alternative media, to food. The student-run food groups will be feeding the event and our contribution will be showcased throughout. Prior to each food break, a student-researcher will show a video-interview with a worker from the initiative providing the food. CUTV workers will be live streaming and filming the event, and producing videos for future use. As the event unfolds, food and media groups will be showcased on an interactive map of alternative economic activities across so-called Québec. By the end of the event will emerge a mapping of Concordia’s community economy, embedded within those in the making across the territory. 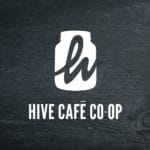