The CSU, SEIZE, Extinction Rebellion, and the Climate Clock are partnering to bring you the Townhall on Billionaires, a discussion on the roles of the ultra-wealthy in perpetuating the climate crisis.

When discussing climate change, too often the conversation becomes focused on individualistic solutions, like eating less meat, or appeals to governments, who have displayed an utter contempt for their electorate by making promises to tackle climate change while (even now) ramming pipelines through indigenous lands. What never enters the conversation is the role of the ultra-wealthy.

Billionaires are the societal actors that are simultaneously the most empowered and the least willing to address the crisis. They know no boundaries of government or state. Their perspective is one of unprecedented concentration of corporate economic power, and it is in their interest to push responsibility for the crisis onto the individual working-class consumer, while business-as-usual sacrifices our future for their bottom line.

Through hosting this Townhall, we aim to bring together both environmental and economic organizers from across Montreal, and start to build a campaign of strategies that transition the economy into one in which billionaires do not exist. 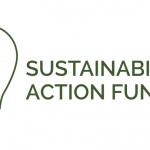 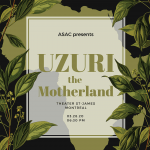