As part of the Centre for Gender Advocacy’s annual welcome-back-to-school fall event series, our keynote speaker will be African-American trans woman, transgender rights activist, and writer Janet Mock. She will speak at Concordia University on October 3rd, 2014, in H-110 about gender, race, and reproductive justice.

Mock is a writer, an advocate and the New York Times best-selling author of Redefining Realness: My Path to Womanhood, Identity, Love & So Much More. After publicly proclaiming her identity as a trans woman in 2011, Janet focused her efforts on speaking about the struggles, triumphs and portrayals of girls and women like herself. In 2012, she launched #GirlsLikeUs, a movement that encourages trans women to live visibly. She currently writes and speaks about her experience of living at the intersections of identities. 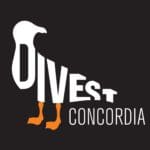