The Rap Battle for Gender Freedom will put forward rap and spoken word artists who are trans people of colour, femme­identified people, as well queer and some cis allieswho will rap and speak about gender issues.

There will also be room for spoken word. About the title: Since genderoppression is prevalent in most communities, gender freedom represents the release from the shackles and the violence of the gender binary. The show will take place on Friday April 9th 9pmat Reggie’s, 1455 de MaisonneuveBoulevard West. The venue is wheelchair accessible with gender neutral. The lyrics for the show will be prepared in advance in workshops and other spaces collectively. All artists would have to attend at least one of our workshops about trans and gender issues. 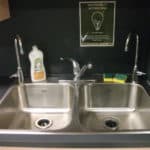